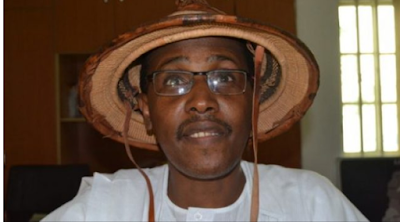 The Miyetti Allah Kaute Hore has asked the federal government to arrest south-west leaders in charge of Amotekun, a regional security outfit.

In an interview with The Sun, Bello Bodejo, national president of the group, said the outfit is a plot against the Fulani ethnic group.

On Wednesday, the group had asked south-west governors to give up the outfit after Abubakar Malami, attorney-general of the federation (AGF), had declared it illegal.

“They should not only ban it, but should arrest the leaders of this group. Like I said earlier, nobody or group has more security intelligence than the Police. The Army is doing enough; the DSS is also doing enough, likewise the Civil Defence,” the newspaper quoted Bodejo as saying.

“They are just doing all these things in order to stop the Fulani from coming into their area;  it is just a hidden agenda to prevent the Fulani herdsmen from grazing in their God-given areas.

“If you say you set up Amotekun to protect  your region, what about the Northern Nigeria, what about the Southeast and the South-South and other places that don’t have that kind of thing. Nigeria is one; everything is one, unless they want to divide the country.

“I support 100 percent the federal government banning it; and the leaders should be arrested. It is a deliberate plot against the Fulani.”