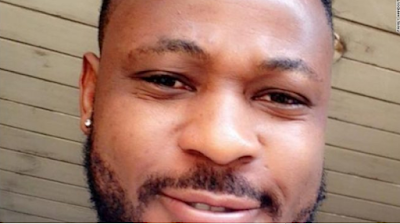 Three friends of late Kolade Johnson, on Wednesday, narrated how the 35-year-old man was allegedly killed by Ogunyemi Olalekan, a police inspector, at a viewing centre in Lagos state.

The three friends – Ismail Folorunsho, Samuel Nana and Omotayo Dairo – were led in evidence by Yhaqub Oshoala, the state director of public prosecutions (DPP) at an Ikeja high court.

Giving evidence as the first prosecution witness, Folorunsho, an employee of a media company, said on March 31, 2019, he was accosted by some policemen at Mangoro bus stop on Lagos-Abeokuta expressway, while he was heading to Ikeja to use an automated teller machine (ATM).


“My friend wanted to enter the bus but I told her not to go in because there were a lot of men in the bus. Two men in mufti came out from the bus and I thought they were passengers.

“The men held my clothes and I thought they wanted to kidnap me, I told my friend to run and I asked them to identify themselves.

“Immediately I said that, two officers in black polo shirts, with SARS written on the back, came out. The man, holding me, said that I had guts to talk, and they started beating me. ”

Folorunsho said the commotion drew the attention of people in the bar.

He said during the fracas, Olalekan cocked his gun and forced him into the bus while another officer hit him with the butt of a gun.

“The other officers entered the bus and drove for a very short distance and the defendant came down and asked the gathered crowd in Yoruba whether they wanted to die for me, ” he said.

“I heard three gunshots, the defendant was the one who fired the shots, and immediately after firing the gun, he entered the bus and told the driver to move.”

Folorunsho said when they got to Sheraton Hotel in Ikeja, the bus stopped and the two officers in uniform alighted and walked away to have a hushed conversation.

He said: “They came back and asked me what I do for a living, I said I worked in a media company, and they asked me to go.

“When I got home, I heard that the gunshots killed Kolade Johnson and we made a report at the Shasha police station and Area F police station.”

Also testifying, Nana, the second prosecution witness, said  he was at Kingston Jo, a bar, with the deceased and some other friends watching a football match when a lady ran into the bar shouting for help.

“I saw Ismail being beaten and dragged into a bus by two men in mufti,”Nana said.

“I stood with Kolade in front of a taxi park and the bus moved for a short distance and the defendant came down from the bus and pointed the gun at us.

“He fired twice, the first bullet hit Kolade in his abdomen while the second one hit him close to his private part.”

Nana said the deceased was eventually taken to a hospital by a “good Samaritan” but he was declared dead on arrival by doctors.

Dairo, the third prosecution witness, also corroborated the story of the other witnesses.

He denied the allegation that the policemen who were attempting to arrest Folorunsho were accosted by the people.

A. Coker, the presiding judge, adjourned the case until February 13 for continuation of trial and ordered that Olalekan be remanded at the Ikoyi custodial centre.