Dasuki appears in court — first time since his release from detention 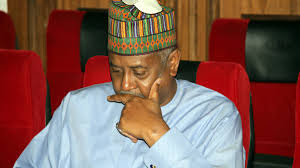 Dasuki was arraigned in 2017 on a seven-count charge of unlawful possession of firearms and money-laundering before Ahmed Mohammed, but he has not attended trial since 2018.

He is also standing trial on a separate charge before Hussein Baba-Yusuf, a judge of a federal capital territory high court (FCT) in Maitama.

On December 24, the Department of State Services (DSS), which had held Dasuki since 2015, released him.

At the court, Olukayode Ariwoola, counsel to Dasuki, asked the judge to strike out two applications pending before the court because his client has been released.

Dipo Okpeseyi, counsel to the Economic and Financial Crimes Commission (EFCC), asked the court to fix a date for commencement of trial.

The judge then adjourned the case till March 11 and 12 for trial.