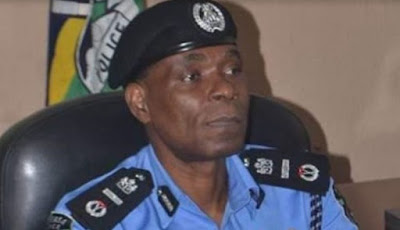 The Inspector General of Police (IGP), Mohammed Adamu, has directed Commissioners of Police in the 36 states and the Federal Capital Territory (FCT) to ensure that only checkpoints and nipping points that are operationally expedient for crime prevention and prevention and other forms of key duties must be in place during the festive seasons.

The Force Public Relations Office (FPRO), Mr. Frank Mba, a Deputy Commissioner of Police, who disclosed yesterday in Abuja, said the IGP ordered the Commissioners of Police to ensure that officers deployed to checkpoints eschew all forms of corruption, ostensibly in reaction to cases of alleged extortion of travellers and motorists, especially on major highways across the country.

Mba said Commissioners of Police, Area Commanders and Divisional Police Officers (DPOs) were also expected to provide round-the-clock supervision of their men, adding that they would be held liable for any excesses of their personnel on the roads, adding: “They have also been directed to send to the headquarters, the designated nipping points on those roads for easy monitoring by the Force Headquarters.”

He explained that the order was issued to enable travellers enjoy safety and comfort on the highways with minimal inconveniences and hassles throughout the Yuletide season, saying: “It is important to note that the Inspector General of Police (IGP) has also given a very clear-cut directives and issued a standard order for Commissioners of Police, Area Commanders and DPOs, whose jurisdictions straddle those areas covering the highways, to ensure that policemen who are posted on the road during the festive period carry out their duties in strict conformity with the extant rules guiding such activities- the Police Act and the Police Regulations.

The Force spokesman advised the public, especially travellers, to cooperate and support policemen in the lawful discharge of their lawful duties and to report every excess or infraction they notice on the highways to the Complaints Response Unit (CRU), headed by an Assistant Commissioner of Police (ACP). He added that the presence of policemen on the roads are designed to prevent crimes such as armed robbery, kidnappings and other forms of violent crimes on the highways and also help in the detection of crimes that have already been committed, as well as providing a platform for intercepting fleeing felons.