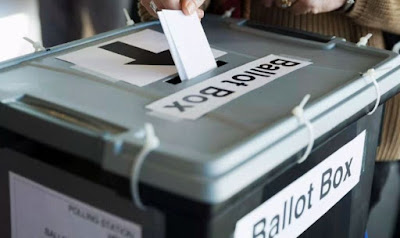 Voting began on Sunday in a Croatian presidential election expected to turn into a neck-in-neck race between the incumbent, Kolinda Grabar-Kitarovic, and the main challenger, former prime minister Zoran Milanovic.

Grabar-Kitarovic, backed by the governing conservative Croatian Democratic Union (HDZ), has been tipped to win 28.3 per cent of the votes and Social Democrat (SDP) Milanovic, 26.6 per cent.

The survey published by the state broadcaster HRT on Thursday had a 2.6-per-cent margin of error.

Right-wing independent, popular singer Miroslav Skoro, who defected from the HDZ after serving as a lawmaker in 2008, was tipped to come in third with 20.7 per cent of the votes.


With neither of the two far from winning more than 50 per cent of the ballots cast for an outright triumph, a run-off on Jan. 5 is imminent.

Skoro has made huge gains since November and for a while seemed within reach of a stunning upset over either of the leading runners, but the last survey rates that as highly unlikely.

Voting ends at 7 pm (1800 GMT) and projections based on exit polls are expected minutes after that.

The post of the president is largely ceremonial in Croatia, but a win will send a strong signal in favour of the HDZ or SDP – which utterly dominate the Croatian political scene – ahead of parliamentary elections in 2020.