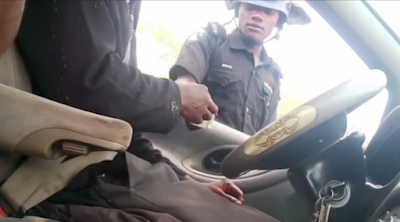 A report by the National Bureau of Statistics (NBS) and the United Nations Office on Drugs and Crime (UNODC) says there was a drop in the prevalence of corruption nationwide in 2019.

It also said police and public utility officers account for more than half of the bribes received in the country in the year.

The report entitled, ‘Corruption in Nigeria: Patterns and Trends’ was launched on Friday in Abuja.

Speaking at the event, Oliver Stolpe, country representative of the UNODC in Nigeria, said the drop in the prevalence of corruption in the country was as a result of measures undertaken by the federal government in the last three years.

“You can see a relatively dramatic drop here which is really a good sign on the terms of the measures that have been taken in the last three years.

“There are the police and public utility officers – together are responsible for more than half the bribes.”

According to him, Nigerians pay for bribes to speed up a process or avoid paying fines.

Also speaking at the event, Yemi Kale, statistician-general of Nigeria, said Kogi, Gombe, Rivers and Adamawa states had the highest prevalence of corruption.

“The lowest prevalence of bribery between 2016 and 2019 is recorded in Imo state with 19.6 percent followed by Jigawa and Kano, these states reduced prevalence of corruption,” Kale,  who was represented by Yemi Adeniran, a director at NBS, said.

“The state with the highest prevalence of corruption in 2019 are Kogi, Gombe, Rivers and Adamawa. Kogi has 48 percent, Gombe 45 percent, Rivers has 43 percent and Adamawa has 42 percent.”