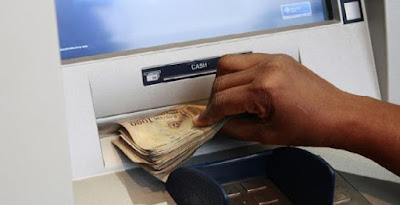 The Ebonyi Police Command on Thursday said it had uncovered a new strategy used by criminals to rob bank customers.

The command’s spokesperson, Mrs Loveth Odah, made this known in Abakaliki.

Odah warned members of the public, especially bank customers, to always be security conscious whenever they make bank transactions.

According to her, the new strategy involves trailing their victims through a female member of their syndicate who is usually monitoring financial transactions around banks’ premises.


Odah said that such members of the syndicate usually hang outside the banks with cellophane bag containing nails that were usually planted either at the front or rear of the victims’ vehicles.

“As soon as the target comes out from the bank, enters the vehicle, he climbs the unsuspecting bag of nails that automatically punctures the tyres.

“The same people will follow you on a bike and will be showing you that your tyre is deflecting and as an unsuspecting citizen; you will stop the car, alight reluctantly to check your tyre without closing your door.

“They will reach out into the car, collect the money in your car without any stress and without shooting a gun, take it and speed off.

“The new strategy has been used to rob some bank customers by the criminals and we have arrested some of them including a woman who confessed their involvement in the crime.

“We are using this opportunity to alert the public on this latest antics of criminals and to advise bank customers to use security when withdrawing a huge amount of money.

“Also car owners should always ensure that they use the car central lock while driving and whenever they alight from the car,” Odah said.

The spokesperson said that the command was fully prepared to protect the lives and property of every citizen before, during and after the Yuletide.

“The Christmas period is a season we usually experience heavy human and vehicular traffic with attendant social ills.

“Bad elements in our midst will want to exploit the season to break the law by committing all sorts of crimes.

“Though Ebonyi is relatively crime-free and the most peaceful in terms of crime in the South-East zone, we are still not going to relent in ensuring that we maintain the status quo.

“We urge the public to cooperate with the police and when they see something, they should say something and a quick response by the police in crime situation will help put smiles on the victim or victims’ faces.

“We have given out distress call numbers so that the public can reach us promptly and we are assuring members of the public that police and other security agencies will ensure adequate protection of lives and property of the citizens,’’ she added.

The spokesperson also advised parents not to leave their children in isolated places to avoid being preyed upon by suspected ritual killers and child traffickers.