Release our son without further delay - Sowore's family to DSS

6:59 AM CuteNaija 0 Latest News in Nigeria 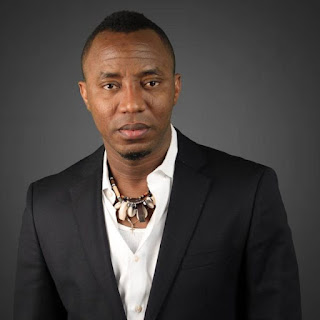 Family of Sahara Reporters publisher, Omoyele Sowore, at the weekend urged the Department of State Services (DSS) to release their son without further delay.


Sowore was arrested on August 3 by the DSS over alleged treasonable felony for organising #RevolutionNow protest.

After some months in detention, a court granted him bail, but he still remains in DSS custody.

A statement sent to newsmen by Olusegun Sowore and Robert Sowore maintained that their son believed in one Nigeria and has passion for the peaceful co-existence of the citizenry.

It stressed that the publisher would not want to destabilise a democratically elected government.

The statement reads: “The continued incarceration of Omoyele in the DSS custody, even after a court has given directive for his release, gives us cause for concern.

“The attitude does not portray the government in a good light in the face of the citizens and of international observers.

“The family is particularly worried about the DSS disregard for the rule of law.

“We envisage that the DSS men, in their characteristic manner, would deliberately want to incarcerate him for no just cause, even after meeting with the stringent bail conditions slammed on him by the judge.”

Also, Socio-Economic Rights and Accountability Project (SERAP) has sent an open letter to the Chairperson of the African Commission on Human and Peoples’ Rights, Mrs Soyata Maiga, on the continued detention of #RevolutionNow Convener, Omowole Sowore.

The Department of State Services (DSS) arrested Sowore on August 3 for alleged treason.

A court set some bail conditions for him and these had allegedly been met by his sureties, but the service has not released him.

SERAP urged the commission’s members “to urgently intervene and put pressure on the Nigerian authorities and their agents to immediately end the intimidation and harassment of detained journalist and activist Omoyele Sowore and Olawale Bakare, their sureties and lawyers, particularly Femi Falana (SAN) simply for defending their clients’ rights”.