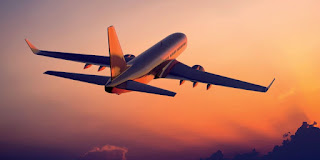 A small passenger plane crashed shortly after take-off on Sunday, killing at least 25 people, including some on the ground, in the Democratic Republic of the Congo.

Aljazeera reports that the plane, operated by local company Busy Bee, went down after shortly take-off in the eastern city of Goma, North Kivu Governor Carly Nzanzu Kasivita’s office said in a statement.

Two survivors, including one member of the crew, were being cared for at a local hospital, according to the National Border Health Programme.

Images from the scene showed plumes of black smoke and flames from the burning plane as locals looked on. Rescue workers combed through the burned-out fuselage.

The exact number of casualties on the plane and on the ground was not yet known.
Witnesses said the pilot was attempting to return the plane to the airport after they heard a loud sound that seemed to come from the engine, according to Al Jazeera’s Alain Uaykani, reporting Beni.

He said Busy Bee indicated the engine had just been changed on the plane.

“Something apparently has gone wrong with the new engine. They could not save anyone from this plane because of the difficult situation with the location of the area,” Uaykani said.