I want my abductors jailed, they suffered me too much – Siasia’s mother 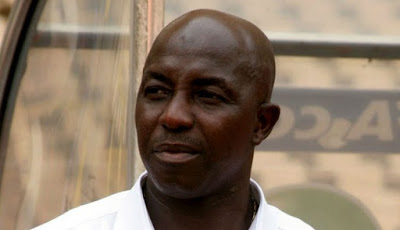 Mother of former Super Eagles coach, Samson Siasia, is praying for her abductors to be arrested and prosecuted.

Mrs Beauty Siasia said this during an interview with our correspondent in her home in Odoni community in Sagbama Local Government Area of Bayelsa State on Monday.

The 80-year-old was released by her abductors on Sunday after spending about 77 days in their custody.

The hoodlums invaded her home on July 15 and took her away in a speedboat.


It was the second time in four years the woman would be kidnapped.

She was abducted in November 2015 by gunmen, who released her after spending 12 days with them.

Madam Siasia said she would like to see the kidnappers apprehended, arraigned and sentenced to prison so they could also feel the pain of suffering.

She called on the security agencies to fish out the gunmen and prosecute them.

The ex-international’s mother said although she had returned home safely after three months of suffering at the hands of the kidnappers, she was not happy that her abductors were walking free.

She said,  “Though I have been released and brought back home, but I am not happy. I have suffered. I don’t know the people that kidnapped me. I am not happy at all.

“This is the second time they have kidnapped me. I have not done anyone any wrong. I will not say anything, but everything is in God’s hand.”