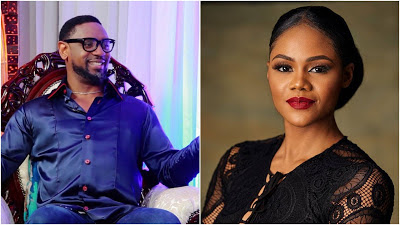 Busola Dakolo, a celebrity photographer, says she sued Biodun Fatoyinbo, senior pastor at the Commonwealth of Zion Assembly (COZA), for the emotional injuries she still suffers as a result of the alleged rape.

She said this in her response to Fatiyinbo’s notice of preliminary objection filed before a high court in the federal capital territory.

Dakolo had sued Fatoyinbo whom she accused him of having sexual relations with her on two occasions in 2002, when she was a teenager.

But in his preliminary objection, the pastor had asked the court to dismiss the suit on grounds that the prayers therein were could not be granted.


He had also argued that the suit was statute-barred as it was not filed within three years of the occurrence of the allegation he was accused of.

But in her response, Dakolo said the case is predicated on a “continuing injury which is of a nature that is suffered from time to time continuously over a long period of time” and is therefore not statute-barred.

“The respondent humbly posits that the fulcrum of this suit is not rooted on the allegation of rape as this is not a criminal court but on cumulative facts which has caused the respondent continuous emotional injuries,” it read.

“In response to the argument of the applicant contained particularly at paragraph 1:25-1.41 of the written address, we humbly submit that to consider and determine whether or not a claim discloses reasonable cause of action and terminating a suit if it does not and thus depriving the respondent of access to justice must be thoroughly thought-out and not reduced to a tea party, as the applicant’s objection seems to present.

“It is a decision to be reached seriously in the light of the law and the facts as put forward in the pleadings of the respondent and thus, such a decision must never be reached lightly.”

Dakolo also dismissed Fatoyinbo’s argument that the suit is frivolous and also an abuse of court process. She said to determine if such is the case, “the processes to examine are the writ of summons as well as the statement of claim of the respondent and not the affidavit in support of the objection.”

“What the claimant has done is simple and straightforward, she has approached the court vide her originating processes to inform the court that she has suffered and continues to suffer emotional distress as a result of the actions and inaction of the applicant,” the response read.

“We, therefore, maintain strongly that the respondent has a reasonable cause of action and as such, this suit is not frivolous nor is it an abuse of court process.

“My Lord, we respectfully put forward a logical question and that is: what are the elements of a frivolous claim? My Lord, we humbly submit that a claim is frivolous and an abuse of court process when the same is not supported by any idea of law and when such a party has no reasonable cause of action.”