BBNaija: Emenike got married while dating me, Mercy reveals [VIDEO] 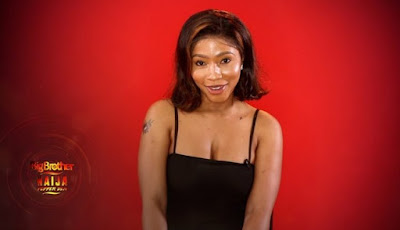 BBNaija 2019 housemate, Mercy shocked many viewers of the reality TV show when she revealed that she once dated Nigerian footballer, Emenike.

According to her, the footballer was in love with her while they were dating but she felt he had cold feet in getting serious in their relationship because she was a “nobody” at that time which was understandable.

Mercy stated that the rejection made her decide to become a celebrity at all cost.


Speaking further, Mercy added that she discovered that he was getting married via social media and when she wanted to contact him, she found out that he had blocked her everywhere.

Mercy says she had dated Emenike the footballer but he dumped her, that she has been through hurt. She only wants someone with money and she wants fame. Girl is going for that 60M#BBNaija #bbnaija pic.twitter.com/8J9TCI4Baq