Why June 12 is more important than May 29 – Bola Tinubu 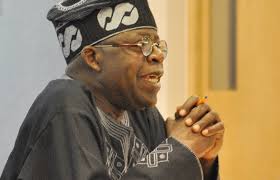 The National Leader of the All Progressives Congress (APC), Asiwaju Bola Tinubu, has appraised Nigeria’s democratic evolution, saying as important as it is, May 29 does not carry the weight of significance that June 12 carries in the country’s democratic sojourn.

Tinubu stated this in a special statement he signed on the occasion of June 12 celebration titled, ‘June 12: The truth that sets democracy free in our land’.


According to him, what the country had been commemorating on May 29th of every year since the democratic restoration of 1999 has been the day of the handover of power from the military regime to the elected civilian administration.

The APC leader said observing May 29 as Democracy Day delinks the country’s democratic experience since 1999 from the protracted and bitter struggle against military dictatorship from June 12, 1993, till the forced exit of the military in 1999.

“Without those who stoutly stood on June 12 and sacrificed life, limb, freedom, economic ruin, psychological devastation and more in the battle against tyranny, there would most certainly not have been any May 29, 1999, handover to commemorate,” he said.

He urged Nigerians not to take the democracy they enjoy today for granted or do anything to threaten its existence, saying it was not won on a peaceful and comfortable ‘platter of gold’.

“June 12 must serve as a continual reminder to Nigerians on the imperative of pursuing the cause of justice in all spheres of our lives at all times as a necessary condition for peace, prosperity and progress.

“As we kick off from today the annual celebration of June 12 as Nigeria’s Democracy Day, let us renew our commitment to utilizing democracy as a vehicle for eliminating poverty in our land as well as providing prosperity and life more abundant for the teeming millions of our people.

“It was indeed his deep aversion to poverty and the avoidable suffering of the majority of our people that compelled Chief MKO Abiola to contest Nigeria’s presidency and thus his campaign slogan was ‘Farewell to Poverty,” he said.