Court judgment: We’ll do the needful on Okorocha’s Certificate of Return – INEC 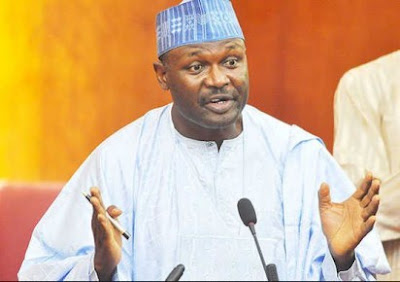 The Independent National Electoral Commission, INEC, on Friday said it will do the needful regarding the judgment of the Federal High Court, Abuja which ordered it to issue a Certificate of Return to the immediate past Governor of Imo State, Rochas Okorocha as the Senator-elect for Imo West Senatorial District.

Festus Okoye, National Commissioner and Chairman, Information and Voters Education Committee, INEC, in a statement, said the commission had been drawn to the judgement of the Federal High Court, Abuja, presided over by the Hon. Justice Okon Abang, directing the Commission to issue a Certificate of Return to Okorocha.

He said the commission was also aware of and had been served with the order of a High Court of Imo State, presided over by Hon. Justice Njemanze, directing the Commission not to issue a Certificate of Return to any of the candidates who contested the Imo West Senatorial District election.

“The Commission is aware that the judgement delivered by the Federal High Court, Abuja is the latest in time and determined the rights of the parties in relation to the subject matter of the Certificate of Return, in respect of the Imo West Senatorial Election,” he said.

According to him, INEC was currently undertaking State level reviews of the 2019 general elections and that all the National Commissioners were either in or heading to their States of supervision to coordinate activities relating to the said review.

Okoye, however, noted that the Commission’s overriding consideration was the safety of its ad-hoc staff, electoral officers and collation/returning officers and was worried that if electoral impunity was allowed to flourish, any individual could harass, intimidate and put the Commission’s officers under duress, procure a favourable declaration and be rewarded with a Certificate of Return.