Nigerians troop to the polls to elect 29 governors, 991 state legislators 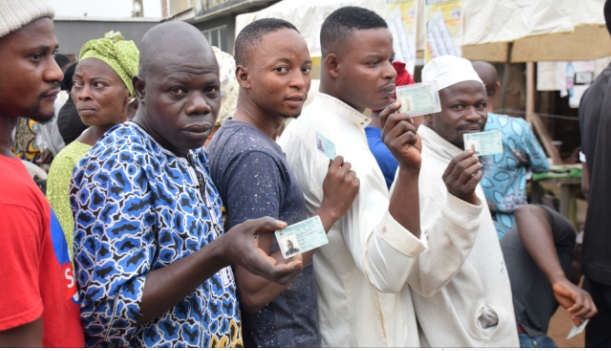 Nigerians have returned to the polls to elect their state governors and legislators as well councillors for the six federal capital territory (FCT) Area councils.

The electorate will vote for 1,082 candidates for the various positions, two weeks after the February 23 presidential and national assembly elections.

The positions include governors in 29 states and 991 members of state houses of assembly as well as the six chairmen and 62 councillors for the area Councils in the FCT.

The governorship election is taking place in 29 states as the elections in remaining seven other states of Edo, Kogi, Ondo, Ekiti, Anambra, Osun and Bayelsa were staggered and already conducted off-season by the Independent National Electoral Commission (INEC).


For the governorship election, at least 1,063 candidates are contesting for the available 29 governorship seats.

The electorate in Adamawa will be voting for 313 candidates for the governorship and state House of Assembly from the 29 political parties participating in the exercise.

Kashim Gaidam, resident electoral commissioner (REC) in Adamawa, told NAN that 29 candidates would be contesting for the governorship, while 284 candidates from various political parties are vying for the 25 state house of assembly seats.

Also, 25 women are among the 284 candidates for the legislative poll.

In Yobe, 163 candidates from different political parties made up of 13 participating in governorship while the rest 157 would feature in the state House of Assembly poll.

Also in Anambra, 518 candidates are battling for the 30 assembly positions in the state.

For the FCT area council election, a total of 105 candidates are contesting for the six chairmanship positions while 701 candidates seek to occupy the 62 councillorship seats.

Similarly, 40 females are in the race for the chairmanship positions, while 88 females are seeking to be elected as councilors.

In addition to the state elections into 1,082 constituencies nationwide, INEC is also conducting supplementary elections in 14 States covering seven senatorial districts and 24 federal constituencies, alongside the governorship and state assembly elections.

Elections in the affected areas were disrupted mainly by acts of violence including ballot box snatching, abduction of INEC officials, over voting and failure to adhere to regulations and guidelines in the national elections conducted on February 23.

While cancelling the affected polls, the electoral ombudsman noted that number of registered voters in some polling units involved in each constituency was more than the votes received by some candidates with the highest number of votes, hence the need for supplementary elections to determine the actual winners.

The election will hold at 119,973 polling units across the country, while collation of results will take place in 8,809 Registration Areas or Wards, 774 Local Government Areas, 36 States and the FCT.

INEC maintains that the use of smart card readers and permanent voter cards were compulsory for the elections.

Meanwhile, INEC has postponed the house of assembly election for the Nasarawa/Binyeri state constituency of Mayo Belwa local government area in Adamawa following the death of a member of the assembly, Adamu Kwanate, who was the candidate of the All Progressives Congress (APC) in the election.

Until his death on Wednesday, Kwanate was the member representing the affected state constituency.