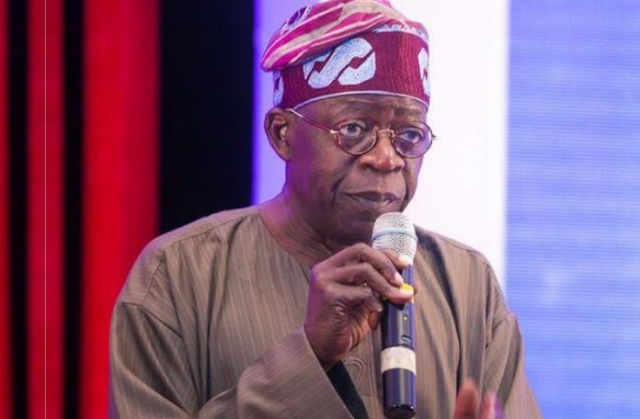 The All Progressives Congress, APC, National Leader, Asiwaju Bola Tinubu, says the children who died in Wednesday’s building collapse in Lagos Island did not deserve to die the way they did, describing the incident as tragic and carelessness on the part of those who are supposed to do the right thing.

Tinubu, in a condolence message made available by his Media Adviser, Mr Tunde Rahman, on Thursday in Lagos, commiserated with the families of the victims, praying that God would comfort them and grant repose of the souls of the young ones.

Some school pupils were among those that lost their lives after a three-storey building located on Massey Street, in Ita-Faji, Lagos Island, collapsed on Wednesday.

The school of the pupils was located on one of the floors of the building.


Aside the dead, many other persons injured were rescued from the rubble and taken to different hospitals for treatment.

Tinubu said: “The building collapse in Ita-Faji, Lagos Island on Wednesday is a tragic occurrence. I commiserate with the families of those children who lost their precious lives.

“They do not deserve to die the way they did. May God comfort their families and grant repose of the souls of those young ones.

“If after the collapsed building had been found to be weak and marked for demolition and everybody had done what was required of them, perhaps this terrible incident would have been averted.

“On its part, the government must fast-track demolition arrangements once a building is discovered to be weak and deserving of being pulled down to save lives,” he said.

Tinubu also said that the Lagos State Material Testing Laboratory for buildings should be strengthened and the officers should carry out their work appropriately.

According to him, government’s laid down regulations on building construction and maintenance must be faithfully respected and enforced.

“To mobilise support for these regulations, community development associations need to come to government’s aid.

“Above all, we must all take appropriate lessons and learn from this sad incident,” he said.

He also appealed to residents to voluntarily donate blood not only for victims who urgently required blood but also to improve the blood bank in the state.

“While we await the inquiry into the circumstances that led to the incident, we must all support government’s efforts,” he said.