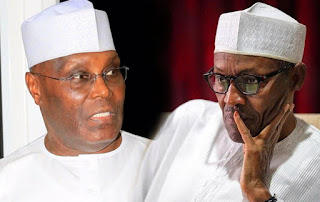 Presidential candidate of PDP in the 2019 elections and former Vice President, Atiku Abubakar, has called on President Muhammadu Buhari to sign into law, the Electoral Act amendment, if he is really interested in the conduct of free, fair and credible elections.

Speaking at the inauguration of the Presidential Campaign Council yesterday in Abuja, Atiku said that signing the Electoral Act was necessary because elections were governed by laws and that good laws were required to ensure credible elections.

“Such laws constrain the behaviour of all who are involved in the electoral process, including the candidates and their supporters, security agents and the electoral umpire,” Atiku said.

He predicted that the 2019 Presidential election would be tough based on what he called the desperation  of the APC-led government to cling to power at all costs.


“We are facing an APC government that is desperate to cling to power at all costs, which means that this will be a tough Presidential election,” he added.

He said he was not surprised that the APC government was running a campaign of “personal attacks and innuendo,” which he said was caused by the party’s failure to keep its promises to Nigerians.