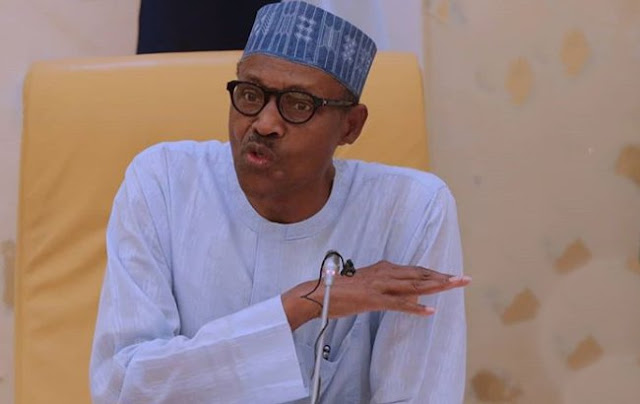 A fresh onslaught against Boko Haram is on the way.

President Muhammadu Buhari was in N’djamena, capital of the Republic of Chad yesterday to rally his colleagues for the task at a one-day consultation with Heads of State and Governments of the Lake Chad Basin Commission (LCBC).

The meeting was called to address the recent upsurge in terrorist activities in the region. Set for the new assault against insurgents, particularly Boko Haram, are Chad, Niger Republic, and Republic of Cameroon.

”Times as these call for quick interventions and measures,” President Buhari stated, adding:

”As you are aware and have witnessed in recent times, there are new developments of security concern in our sub-region. The region in the recent past has witnessed increasing attacks, particularly on military formations by elements of the Boko Haram terrorists as well as the renewed kidnapping of people. These activities are aimed at weakening our collective resolve to eradicate them from the region.


”We must not cave in. The group’s renewed strategy of increasingly mining the general area as well as its recent deployment of Unmanned Aerial Vehicles (UAVs) for surveillance activities have proved to be critical factors in the resurgence of attacks in the region.”

Commending what he called the “untiring efforts” of the leadership of the LCBC, and officers and men of the Multi-National Joint Task Force (MNJTF), President Buhari noted that the efforts of those who strive to bring peace and stability to the region would never be forgotten.

”We are committed to ensuring that the ideals of restoring peace, stability and viability of the Lake Chad Region to its glorious state, for which some of you have paid the ultimate price is attained,” he said.

President Buhari, in a statement by his spokesperson , Femi Adesina, said: “We must not relent and allow the enemies of the region to succeed in their quest to destabilize the area. We must reinvigorate our collective will and commitment towards eradicating terrorism from our region.

”We must remain focused and true to ensuring sustainable development. To this end, I have requested that bilateral and multilateral platforms of engagements by member countries affected by the conflict be revamped to ensure collective actions towards stamping out the remnants of the terrorists from the region.

”There is no gainsaying that also fueling the crisis are the twin menaces of poverty and the continued shrinkage of the Lake Chad, which have rendered the people of the region vulnerable to terrorist activities. Attention is drawn to the Lake and its resources, which have always been the source of livelihood for the millions of people that live within and around the basin.”

He urged the Presidents and Heads of Governments to make concerted efforts to ensure the actualisation of efforts to recharge the Lake, through Inter-Basin Water Transfer, from the Congo Basin.

Buhari stressed that if meticulously pursued, the project “has the capacity to unlock the economic potentials and provide solutions to the myriad of interrelated challenges confronting the region.”

As chairman of the Summit of Heads of State and Governments of the Lake Chad Basin Commission, Buhari assured of his commitment to providing the required leadership and direction for the actualisation of peace and security in the area.

He reiterated an earlier promise he made to troops fighting terrorism: “We are committed to ensuring you have the requisite and enabling equipment to optimally function. Your welfare is, and would continue to remain our priority. Together, we shall restore the Lake Chad Region to its glorious days.”

In a joint communique, the Heads of State and Governments, resolved to change the modus operandi, collaborate more, and renew assault on all forms of terrorism and criminal acts, till wholesome peace was restored to the region.

The United States Department of Defence has awarded the contract for the manufacturing of 12 A-29 Super Tucano combat aircraft on behalf of the Nigerian Air Force.

The contract was awarded to Sierra Nevada Corporation, an American aerospace contractor, for an initial sum of $329 million. A clause, described as “undefinitised contract action (UCA)”, was, however, added that the contract sum could be varied, but not exceeding $344.7 million.

A defence contracting explainer said the UCA involves contracts whose terms, specifications, or price are not agreed upon before work commences, an online report said.

This could be because the negotiation of a definitive contract action is not possible in sufficient time to meet the government’s requirements or a government’s interest demands that the contractor be given a binding commitment so that contract performance can begin immediately, and shall be as complete and definite as practicable under the particular circumstances.

Six of the aircraft would be equipped with Forward Looking Infrared System, a technology that senses radiation which is then converted to video output.

The aircraft would be built in Jacksonville, Florida, southeastern United States, and is expected to be completed May 2024.”Foreign military sales funds in the amount of $220,167,735 are being obligated at the time of award,” the department added.

President Muhammadu Buhari placed order for the aircraft in April, following extensive discussions with the U.S. government that led to the relaxing of a moratorium placed on military equipment sales to Nigeria.

President Buhari said the procurement would help strengthen Nigeria’s national security, as well as timely end to the Boko Haram war.The Nigerian government transferred $469.4 million to the U.S. government in April, according to a letter he wrote to the National Assembly.

Lawmakers immediately rejected the move, saying the president flouted the Nigerian Constitution in paying such humongous amount to procure equipment from a another country with appropriation.

The president described what he did as granting “anticipatory approval” for an expenditure, a term the lawmakers argued was strange to the Nigerian Constitution and the principles of separation of powers.

During the heated debates about the contract in April, a U.S. senior diplomat in Nigeria briefed reporters in Lagos, telling them, amongst other key benefits of the contract, that the Super Tucanos would be delivered by 2020, a claim that was then regurgitated by Buhari administration officials.

It was not immediately clear whether the Federal Government was aware the project would not be delivered until 2024, six years away, but went ahead with the narrative that it would come by 2020, anyway.

Also it was unclear why the contract was being awarded for $344 million (N125.3 billion) when Buhari said he transferred over $469 million (N168.8 billion) to the U.S. for the aircraft.

That leaves a difference of N43.5 billion yet unaccounted for.