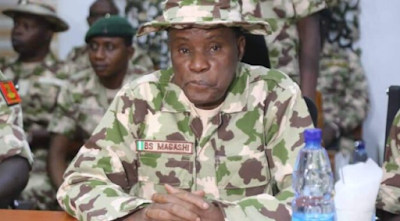 Bashir Magashi, minister of defence, says the government will secure a swift and safe release of the schoolchildren abducted from the Government Science College (GSC), Kagara, Niger state.

On Wednesday, gunmen suspected to be bandits stormed the school and kidnapped several students, members of staff, and some members of their families.

Abubakar Bello, governor of the state, had said 27 students, three staff and 12 family members were kidnapped from the school.

The incident occurred about two months after 344 students of Government Science Secondary School, Kankara, Katsina, were abducted by bandits.

The Katsina students were released less than one week after their abduction, while the state government had claimed that no ransom was paid for their release.

Addressing journalists on the sideline of the screening of the new service chiefs by the house of representatives, Magashi said the security agencies are up to the task of securing the students’ release.

He said he was hopeful that the government will replicate the success in freeing the Kankara schoolboys in the Kagara incident.

“We have demonstrated our ability to take on the challenge. We have done it in Katsina; when children were kidnapped, within two days, we got them back. Hopefully, this time, we will do the same to get these captives back. We are planning,” Magashi said.

Meanwhile, President Muhammadu Buhari has sent a security delegation to Niger state, and promised that the federal government will ensure the safe release of all the abducted persons.