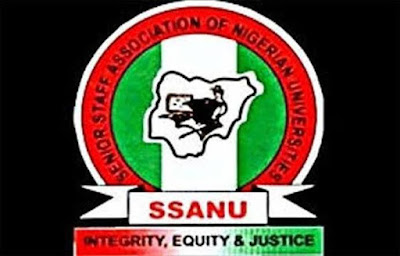 The Senior Staff Association of Nigeria Universities, on Wednesday, says the planned industrial action by non-teaching staff in the universities may last up to three months.

SSANU National President, Mohammed Ibrahim, stated this on Wednesday in an online interview with The Punch.

Non-teaching staff in the universities will commence a nationwide strike from February 5, 2021 over the Federal Government’s handling of the Integrated Personnel and Payroll Information System, sharing formula for the N40bn earned academic allowances and non-payment of arrears of the new minimum wage.

The planned strike by the non-teaching staff is coming barely weeks after the Academic Staff Union of Universities suspended its 10-month strike last December.

Ibrahim said the planned strike by the non-teaching workers was a matter of necessity, adding that the only language the government seems to understand is strike.

He said, “In the history of this union, we have never gone on strike beyond three months and this is probably because government realised also that there is no way they will allow us to go on strike for this long, because if our people should go on strike, the system would be shut, there would no water, no electricity, no security, no healthcare, you can imagine what will happen.

“So, I believe having called us the first time though we have not agreed yet, we still believe and we are hopeful that the government will do the needful by attending to our demands. But if those demands are not met, I can assure you that our cups are full and this is the time for our members to drive home their point through strike if that is the only language the government listens to.”

The SSANU president explained how the Federal Government deceived the varsity workers to be enrolled on the IPPIS platform.

According to him, IPPIS does not capture the peculiarities of the payments in the university community.

Ibrahim said, “When IPPIS came onboard in February 2020, before then, all the unions in the universities vehemently rejected the implementation of IPPIS for the payment of salaries.

“From our own angle, we said we don’t throw away the baby with bath water, let us listen to the government, what it is that they have to offer on this IPPIS. Government came with the mantra of they want to block leakages and fight corruption and we all know that corruption exists in the public service.

“We realised that IPPIS is not totally bad in itself but it not for a system like the university, so we challenged the government to say that this system cannot work for the university system and so, therefore, if you want us to buy into it, go and look at our peculiarities such as the age for retirement, sabbatical leave payment, responsibility allowance, excess workload and others found in the university environment.

“We had a demonstration of the platform at the National Universities Commission and they deceived us to believe that such peculiarities that we highlighted have been captured. And because we believe in having a hitch-free university system, we keyed into it.”

The SSANU President said the workers realised the system was not working as many workers were not paid their deserved allowances and earnings and therefore wrote the government on the development.

“We wrote the government that we had keyed but we will give you an alternative payment solution –the University Peculiar Payment System which will now accommodate all these peculiarities and that we will soon unveil and present it to the government.”

The workers had in January embarked on a three-day protest over the government’s failure to honour the Memorandum of Understanding signed with the unions on October 20, 2020.

They had said other contentious issues that informed the decision to embark on a nationwide industrial action include inconsistencies in the IPPIS payment and the delay in the renegotiation of the FGN/ ASUU/SSANU 2009 agreement.

Others are the non-payment of retirement benefits to former members, non-constitution of visitation panels to universities, poor funding of universities, teaching staff usurping the headship of non-teaching units, among others.