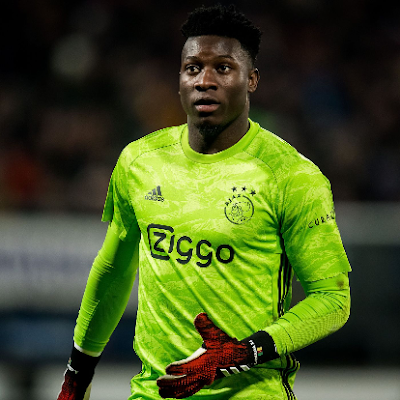 On Friday, UEFA banned Ajax goalkeeper, Andre Onana, for 12 months after he failed a doping test in October 2020.

Onana’s ban is effective as of February 5, 2021, and will apply to all football activities at both national and international level.

An out-of-competition check found Furosemide in Onana’s urine, but Ajax claims the Cameroon international took it “unwittingly” after feeling unwell.

“On the morning of October 30 Onana did not feel well. He wanted to take a tablet. Unwittingly, however, he took Lasimac, a drug that his wife had previously been prescribed,” Ajax’s statement read.

“Onana made a mistake with the product and mistakenly took his wife’s medicine, which ultimately led to UEFA’s action against the goalkeeper.”

Reacting, Ajax managing director, Edwin van der Sar said: “This is a terrible setback, for Andre himself but certainly also for us as a club. Andre is a top goalkeeper, who has proven his worth for Ajax for years and is very popular with the fans.

“We had hoped for a conditional suspension or for a suspension much shorter than these 12 months, because it was arguably not intended to strengthen his body and thus improve his performance.”

Onana and Ajax will appeal the ruling at the Court of Arbitration for Sport (CAS).

Onana has made over 150 appearances for Ajax, and his current contract at the Dutch giants will expire in 2022.