Singer Oritsefemi’s wife, Nabila, calls out lady who came to their matrimonial home to sleep with him 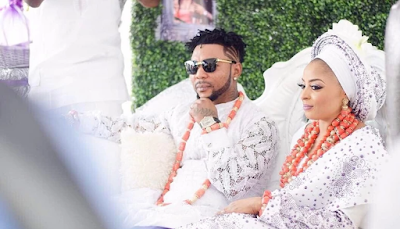 In a post shared via her instagram page on Monday, February 8, 2021, she revealed that she was hunting for the person who came to have s.e.x in her house while she was at work.

"Whoever the imbecile is that came to my house while I was away at work to fuck, you need to identify yourself. Gistlover it was a shocking news when you posted it a few months back, but now I can confirm," the post read.

"On a Monday morning, when people are out to look for daily bread... some people, it is f%ck that is their problem.......Like WTF," she captioned the post.

She also took to her Instagram stories where she poured her frustrations about her rocky marriage. 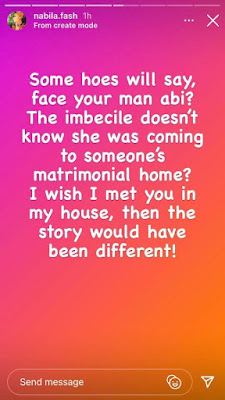 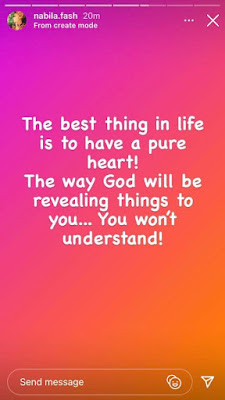 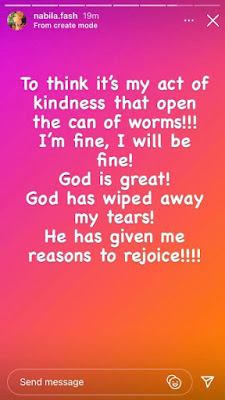 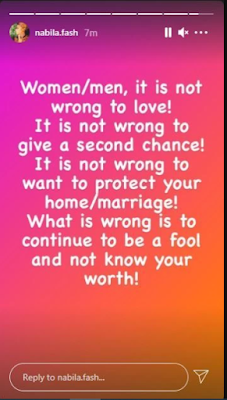 It would be recalled that a few months ago, it was reported that Fash moved out of their matrimonial home over Oritsefemi's infidelity.

In 2020, Oritsefemi and his wife were embroiled in a marriage crisis drama.

The singer called out his wife's friend and actress, Carolina Danjuma for being the brain behind the crisis in his marriage.

After several name-callings on social media, the music star reconciled with his wife.