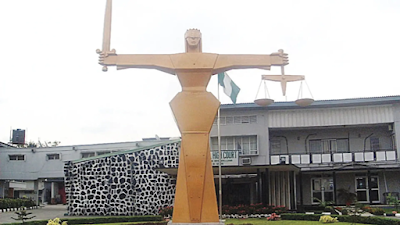 Reactions have begun to trail the judgement of a Federal High Court sitting in Osogbo which awarded N5 million in damage against the Nigeria Police and the Inspector General of Police over the abuse of Tola Azeez in Iwo, Osun State.

In their reactions, Ayodeji Ologun, an Osun-based media consultant said the judgement came at a very critical time in the history of the country especially when states and the federal government are trying to review issues around police brutality.

He said the action of police officers involved in the brutalisation of Tola Azeez was condemnable considering also that they had been dismissed from the force.

He noted that the judgement will go a long way in cautioning other police officers and also boost the morale of every citizen that no matter what happened, justice was still obtainable in Nigeria.

According to him, “the challenge, however, is making sure the police pay the judgement sum as it is on record that the Nigerian police is the greatest defaulter in judgement payment in all agencies of Government in Nigeria.

In the same vein, Waheed Saka, the Convener, Dialogue 365 said the judgement of Justice Ayo Emmanuel is a testament that the judiciary is still the last hope of the common man.

“However and despite the End Sars agitation, the Nigeria Police is still far from understanding the basic rights of the citizen. It is unfortunate that our people continue to be harassed and subjected to inhuman treatments across the country. Police and other security agencies need a re-orientation that every citizen deserves a right to dignity.”

He commended the courage of the judge and more so the tenacity of Tola Azeez and her legal team adding that Nigeria will be better if everybody stood up against rights violation regardless of who is involved.

The judgement which was delivered by Justice Ayo Emmanuel held that the actions of the offending officers in the discharge of their official duties as agents of the police amounted to an infringement on the Fundamental Right to Dignity of Ms Azeez, a liability the Nigeria Police Force must shoulder.

The court then awarded the sum of N5 million as aggravated and general damages against the police.

The assault which was caught on camera occurred when she was trying to buy drugs for her relatives at a pharmacy.