Our party is crashing, Ogun APC cries out to Buhari 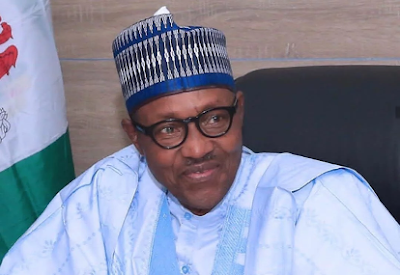 A group in the Ogun State chapter of the All Progressives Congress (APC) has appealed to President Muhammadu Buhari and the Chairman of the National Reconciliation and Harmonization Committee of the party, Governor Mai Mala Buni to save the party from plunging into serious crisis.

The group under the aegis of APC Concerned Group (ACG), Ogun State said it is very imperative for the leadership of the party to reconcile the various factions in the party, failure of which, he said, may spell doom.

In a statement by the spokesperson of the group, Olusola Makinde, in Abeokuta, the Buni-led committee was urged to ensure peace and harmony reign in the party, especially as the party prepares for the membership registration exercise.

Makinde maintained that the fortune and existence of the party had been threatened with the replacement of the elected executives of the Ogun APC by a three-man caretaker committee by the National Working Committee of the party.

“Moves to reconcile warring members and groups in the party in the state has failed,” Makinde revealed.

He recalled that the last visit of the national stakeholders, who he said visited Ogun to broker peace in the party.

The group expressed concern that the stakeholders “could not achieve anything because of the failure of the state party stakeholders to honour the meeting.”

Makinde said it was a thing of shame for the national stakeholders as the Ogun State party leaders failed to attend the meeting.

He warned that information from the local level of the party is alarming, saying “it shows evidence of cracks within the party.”

The ACG pleaded with President Buhari and Governor Buni to urgently wade into the crisis plaguing the party in Ogun state.