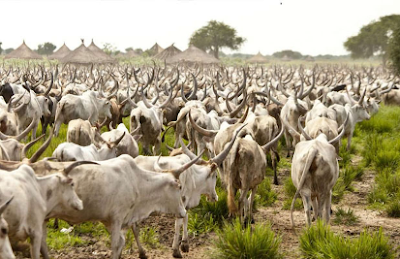 About 200 herds of cattle and two herdsmen were on Tuesday arrested by personnel of the Ondo State Security Network Agency also known as Amotekun Corps.

The herders and their cows were arrested for eating and destroying crops on a farm in Irese axis of Ifedore Local Government area of the state.

According to the corps, while trying to apprehend the herdsmen, some of its operatives were attacked while resisting arrest.

Confirming the incident, the Corps Commander in the state, Adetunji Adeleye, said the herders and the cattle were already in the custody of the corps at its headquarters in the state.

Adeleye added that his men were able to overpower the herders during the confrontation.

The Amotekun boss also disclosed that the herders will be handed to the relevant security agency for prosecution.