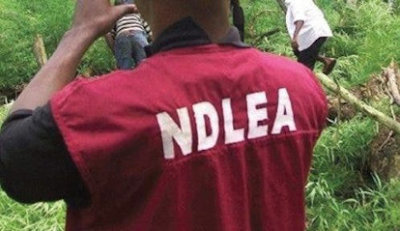 FCT Commander of NDLEA Lawan Hamisu told the News Agency of Nigeria (NAN) on Thursday in Abuja that five of the suspects were found with exhibits.

Hamisu said three others were arrested at the scene of the crime and different quantities of Cannabis Sativa recovered during the raiding.

One man, identified as Nazeer escaped leaving 19.6 kilogrammes of Cannabis behind.

He noted that the three suspects arrested at the crime scene were being profiled as no drugs were found on them, saying that they would be put on the watch list to determine the next action against them.

“Zubairu Mohammed and Umar Sani were arrested at Dawaki with 2.8 grammes and 100 grammes of cannabis Sativa.

Hamisu said that the agency’s outing to Tomato market, Dei-Dei, Kasuwan Dere in Gwagwalada as well Kuchin-goro/Ruga by city gate recorded minimal success where the operatives seized other quantities of Cannabis Sativa.

He noted that those whose case has been sustained have been charged accordingly, saying that others found with smaller quantities and found to be users or first offenders were referred for appropriate counselling.