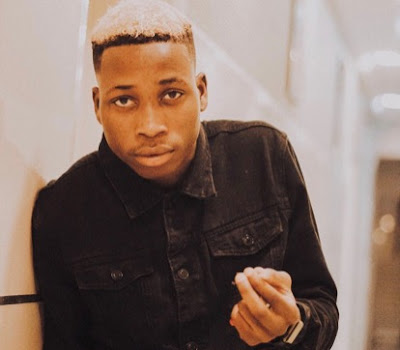 Nigerian singer, Sanni Wasiu, popularly known as Lil frosh, has been remanded at the Ikoyi Correctional Centre, over the alleged assault on his girlfriend.

Recall that Gift Camille, girlfriend to the singer, in a statement released via her social media account, accused the him of battering her.

Camille narrated how the singer hit her different times, damaged her phone, recorded her naked and threatened to release the videos if she spoke up.

This also led to his contract with Davido’s DMW label being terminated.

Following the development, a suit was filed against the singer before the Lagos State Magistrate Court in Yaba by the International Association Of Women Lawyers, Lagos State branch.

However, the singer was arraigned before Magistrate, Adeola Olatunbosun, on Tuesday for a hearing.

Olatunbosun after hearing the case adjourned the matter till March 9, 2021.

The Magistrate also ordered that Lilfrosh be remanded at the Ikoyi Correctional Center.