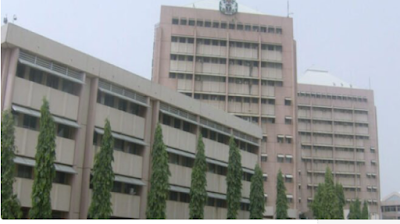 The Independent Corrupt Practices and Other Related Offences Commission (ICPC) has accused some ministries, departments and agencies (MDAs) of budget manipulation.

Bolaji Owasanoye, chairman of ICPC, said this on Wednesday at an interactive forum organised by the budget office and ICPC.

Owasanoye said the mismanagement of public finance and assets by MDAs is the reason for Nigeria’s economic fragility.

He said the ICPC commenced a system study and review (SSR) which showed how most MDAs — particularly health and educational institutions — mismanaged public funds meant for major infrastructure and development projects.

“The failure of integrity on the part of these critical watchdogs of public finance is what accounts for the under development of Nigeria, the absence of infrastructure, the fragility of the economy and the near collapse of the nation state,” he said.

“Our findings showed that there was budget manipulation by most MDAs which resulted in MDAs receiving both appropriation and releases beyond their actual needs.”

Owosanoye said in 2019, the commission reviewed 208 MDAs and discovered N31.8 billion personnel cost surpluses for 2017 and 2018; misapplication of N19.8 billion and N9.2 billion from personnel cost and capital fund respectively.

The commission also said that N42 billion unspent surplus allocations for personnel cost for 2019 alone was blocked from possible abuse and N147 billion in 2020, which came mostly from health and some educational institutions.

He said the commission’s SSR in 2020 discovered that there was widespread misuse of personnel cost allocation on non-personnel related expenditure, especially on outsourced services worth N4.5 billion; and unspent excess balances worth N4.86 billion, among 51 health institutions investigated.

On federal unity schools, Owosanoye said: “Our preliminary investigations showed that meal subsidy released to schools before and during lockdown were used for several other purposes of recurrent nature in addition to procurement of food supplies during school sessions and settlement of outstanding obligations.”

He said to avert mismanagement of public finances and assets, “unspent balances should be blocked and restrained/reversed immediately salaries are paid to prevent misuse.

“Prevent inflation of nominal rolls by MDAs for the 2021 Budget and beyond to eliminate surplus allocation and releases, and other resultant infractions.

“MDAs should be advised to issue financial reports on time to enable completion of annual audit and publishing of result on time. Sanctions should be introduced for inordinate delays.

“Government should avoid late releases of budget allocation, especially at the end of the year as the practice raises opportunity for frenzied expenditure, circumvention of procedure, fraud and corruption”.

Owosanoye further said the high level of overhead budget allocations and corruption in MDAs is a threat to Nigeria, adding that it has already negatively impacted stability and development.

“We are at a turning point with a global pandemic whose end is uncertain, reduced public revenue but escalating citizen expectation, youth restiveness, insecurity and lack of or decaying critical infrastructure,” he said.

“In all of this government is striving to put money in the right place for the benefit of the people. The least we can do is to ensure that the expectations of the government and the people are met and we get value for money.

“ICPC is already investigating and prosecuting a number of egregious cases and we will escalate that position.”

He said ICPC has reached the point where it will prosecute officers mismanaging public resources so as to instill zero tolerance for corruption.