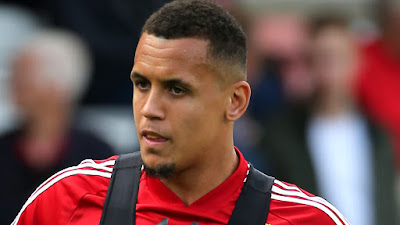 Former Manchester United player, Ravel Morrison has revealed how he used to steal Rio Ferdinand and Wayne Rooney’s boots from the club’s dressing room, sell them to provide food for his family.

Morrison, seen as one of the brightest young stars in Manchester United academy and rated highly by legendary United boss, Sir Alex Ferguson, made the confession during Rio Ferdinand’s Five podcast.

Morrison saw his stay at Manchester United cut short before he could realise his potential.

“You used to get like £250 for a pair of boots. You take two pairs of boots, you get £500 and you go home and buy your family a Chinese or something,” he explained.

“You guys[Rooney and Ferdinand] used to get like 30 pairs of boots. I didn’t mean it to cause so much harm but when I used to see yours or Rooney’s deliveries, you’d get 20-30 pairs at a time, I was thinking one pair to put some food on the table at home, I didn’t think it would be a big problem but obviously, now I know.”

When Morrison left United in 2012, he joined West Ham United and the London side loaned him out to Birmingham City.

The Jamaican also represented Queens Park Rangers and Cardiff City on loan before moving to Italy to join Lazio on a permanent deal.