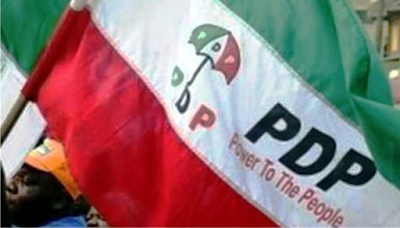 Twin explosions suspected to be dynamites have unsettled the secretariat of the People’s Democratic Party (PDP) in Port Harcourt, Rivers State.

It was gathered that the dynamite was detonated in a Sports Utility Vehicle (SUV) parked in front of the secretariat located along Aba Road.

The explosion, which occurred at about 3pm during the councilorship primaries of the party sent members of the PDP running for safety.

Though nobody or group had claimed responsibility for the blasts, it was gathered that party members, who ran away later came back after calm had returned to the area.

The Publicity Secretary of PDP, Tambari Sydney Gbara, failed to comment on the matter, an eyewitness confirmed the incident.

The eyewitness, who spoke in confidence, said: “There was panic today​ as two dynamites exploded during the Councillorship primaries of the people’s democratic party today.

“It is not, however, clear on the reason of the blast, but it might not be unconnected to allegations of imposition of candidates in some LGAs. Calm has however returned to the secretariat.”