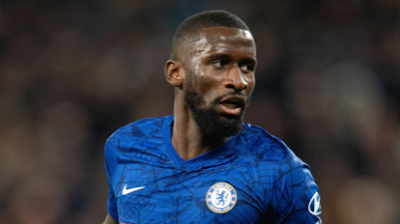 Chelsea defender, Antonio Rudiger, has claimed his new manager at the club, Thomas Tuchel, wanted him to leave Stamford Bridge and join him at Paris Saint-Germain.

Rudiger has been restored to the starting lineup following the arrival of Tuchel.

The Germany international has helped the Blues to three wins in four games.

Rudiger, speaking to Sky Germany, says he hopes he can resurrect his career at Chelsea and wants to continue impressing Tuchel.

He said: “At the end of the day you want to be on the pitch as a footballer.

“As a footballer, you can’t be satisfied and you want more, you want to play so that’s been a real positive for me.

“He (Tuchel) wanted to bring me to PSG in the summer but otherwise we had not spoken.

“I’ve only ever played against him so we didn’t know each other before.”

Rudiger is likely rested for Chelsea’s trip to Barnsley in the FA Cup fifth round on Thursday night.