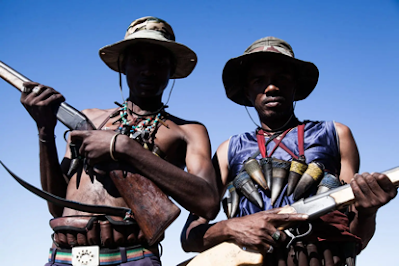 The Kaduna State Government on Saturday confirmed that bandits killed three people and injured one other in Kajuru local government area of the state.

“Security agencies are investigating alleged collaboration with bandits by some locals, during recent disturbing attacks in Kajuru local government area. ”

He sad the sequence of reported attacks began in Ungwan Sha’awa in Kajuru local government area, where armed bandits killed one Ubangida Dogo in his home.

“According to the report, his son, Jude Ubangida was injured by the bandits and is receiving treatment in hospital.” The statement said.

“As the bandits withdrew from the village, they also attacked Ungwan Galadima in the same locality and killed one Bulus Gwamna.

“In Ungwan Gamu along the same trail, one Daniel Danlami was also killed by the marauding bandits.

“Preliminary investigations thereafter suggested that the bandits conducted these attacks with the aid of some local youths. As security agencies probed this further, one such suspect known simply as “Doctor”, from Kujeni village, was swiftly attacked and killed by the youths of Maro in revenge. ” The statement further added

“Just before his death, he confessed his involvement in the attack, and named a certain Fidelis Ali, also from Maro, as another accomplice of the bandits. Ali has since been arrested and taken into custody by the Police.

“Governor Nasir El-Rufai expressed sadness at the reports of the killings and sent his sincere condolences to the families of the slain while praying for the repose of their souls.

“Going further, the Governor expressed deep concern over the alleged involvement of local youths and the lynching of one of the suspects.

“The Governor appealed to citizens to allow investigations to proceed and not usurp the process, reminding them that jungle justice is a grievous form of self-help and remains a crime.

“Security agencies have thus been directed to identify the perpetrators of the lynching for prosecution.

“Investigations into the incidents are in progress.” The statement further said.