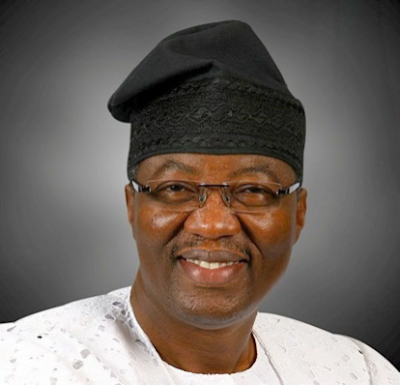 Reactions have continued to trail the defection of Gbenga Daniels from the Peoples Democratic Party, PDP to the All Progressive Congress, APC.

Daniel who was the campaign manager for PDP’s former Presidential candidate, Atiku Abubakar announced his defection to APC on Tuesday.

He revealed that his decision to decamp began from supporting Governor Dapo Abiodun adding that it took a speedy curve with the request of the national caretaker Chairman of the APC to visit him along with three governors.

His defection has stirred reactions from Nigerians who called out Nigerian politicians for chasing after their selfish interest and not people.

While some said Gbenga Daniels defected to the APC to secure a political appointment, others described the PDP and the ruling party as ‘birds of the same feather’.

@Herbidemy “I stopped believing in these people when almost everyone including Saraki joined APC then. The truth is there is no opposition, all of them are in power.”

@Al_Ameen “ Once again, Gbenga Daniel has proved APC and PDP are birds of the same feather. There is not a single Nigerian politician that is loyal to one party, every one of them is looking for where to survive. If you like, go and continue fighting over them. They see themselves as one.”

@Mohnice “ Gbenga Daniel defect to APC lol, Same old story from politicians without ideology. Selfishness is the reason for all these cross carpeting. They don’t have a political ideology, they don’t believe in a true course, can’t emulate American politicians that believe in a common cause.”

@Freshdipo1 “ One reason the Nigerian government has no true opposition is because they are birds of the same feather. They are only against each other when they are not allowed a cut from the national cake. Today Gbenga Daniel decamped to Apc to secure his meal, tomorrow it may be your favourite.”

@Uncle_Ajala “ Gbenga Daniel, who was Atiku’s campaign manager in less than 2 years ago, decamps to APC. Nigerian politicians are not loyal to any political party, they’re only loyal to their selfish interests, even if GEJ should decamp to APC, it will be like normal news to me.”

@Gabrielkambai “ Nigerian politics has never been about the people. The people are only remembered during elections and after which personal interest is being projected above the interest of the people. Personally, I believe it will be very difficult for Nigeria to be better.”

@Alujanjankijam “ No ideologies nor principles…

How can you be a governor under a political party for 8yrs and subsequently decamp to another party? Is it because of the interest of their downtrodden people or for their own selfish interest?

They simply don’t have shame.”

@certifiedkin “ APC seems to be the havens for looters of our commonwealth. PDP is wrecked and sinking deeper on the daily basis. The third force and the youths are the only hope.”

@Macbendaniels “ Politicians are only loyal to their stomach. It is all about stomach infrastructure. Anyone who fights cos of them is myopic in his reasoning.”