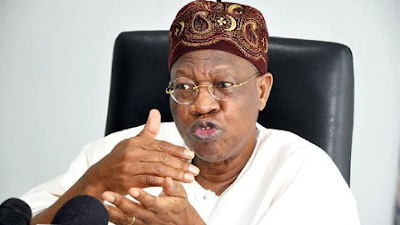 The Federal Government on Tuesday claimed that the Nigerian military were working up to expectation, adding that Abuja that was not safe in 2015 is now safe.

The Minister of Information and Culture, Alhaji Lai Mohammed made the claim while speaking on Radio Nigeria programme, “Politics Nationwide’’

Mohammed cited instances when Abuja was invaded by terrorists under the previous administration, a juxtaposition that infers that Nigeria is better secured under the current government.

The Minister also called on the media and Nigerians to support the new service chiefs in the fight against insecurity in the country.

Mohammed expressed hope that the new service chiefs will improve on the successes of their predecessors.

“Yes, we have challenges but the military are living up to expectations.

“In 2015, Abuja was not safe for Nigerians as the insurgents bombed the UN building, a motor park in Nyanya and some media houses,’’ he said.