Why I cannot quit filmmaking for marriage — Rahama Sadau 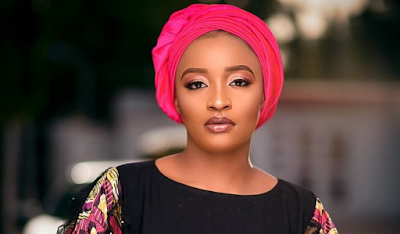 The 27-year-old Hausa movie star brought this revelation to light on Wednesday during an interactive session with her fans on Twitter.

Her remark had come as a reaction to a question during an interactive session with her fans on Twitter on Wednesday.

During the 30-minute session which spanned several aspects of Rahama’s life, a fan had asked if she was ready to give up filmmaking for marriage.

But responding, Sadau wondered why women have continued to thrive in other fields but often criticised for considering filmmaking as a career.

“Why quit filmmaking for marriage? Is filmmaking not an occupation? Why is it okay to have women in different areas of organization but not in filmmaking ? Media for example,” she retorted.

The actress also reacted to continual criticism of her actions by the public, noting that such backlashes are sometimes “unfair.”

Sadau, however, said she remained unperturbed over people’s opinions about her.

“Entirely!!!!! But I’m not bothered. it’s an open space where everybody thinks he’s opinion matters when it does not!!! #AskRahama,” she wrote.