US: Wuhan lab staff had COVID-19 symptoms in 2019 before first confirmed infection 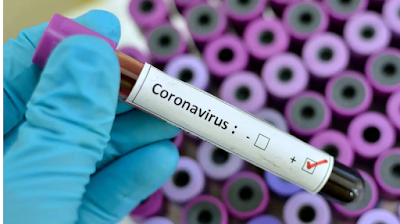 The United States has made fresh claims about the likely origin of SARS-CoV-2 in China, pointing fingers at the Wuhan Institute of Virology (WIV), which it says was experimenting RaTG13, a bat coronavirus.

In a newly released fact sheet, the US Department of State said several researchers at the lab had symptoms related to those of COVID-19 before the first confirmed case.

It also added that the scientists have collaborated on publications and “secret projects” with China’s military over the years.

“The WIV has engaged in classified research, including laboratory animal experiments, on behalf of the Chinese military since at least 2017,” the fact sheet reads.

There is no known source of the SARS-CoV-2 — which has killed more than 2 million people — since it was first confirmed in Wuhan in December 2019.

The WIV, which became a focal point for international coronavirus research after the 2003 SARS outbreak, has often appeared in the news as one of the suspected sources for the virus.

In the fact sheet obtained on Wednesday, the US said the lab has been experimenting with the RaTG13, a virus whose name was derived from the bat it was extracted from.

It said while it “does not know exactly where, when, or how the COVID-19 virus was transmitted initially to humans”, it found three elements about the virus’s origin “that deserve greater scrutiny”.

“The U.S. government has reason to believe that several researchers inside the WIV became sick in autumn 2019, before the first identified case of the outbreak, with symptoms consistent with both COVID-19 and common seasonal illnesses,” it said, adding that this “raises questions about the credibility of WIV senior researcher Shi Zhengli’s public claim that there was ‘zero infection’ among the WIV’s staff and students of SARS-CoV-2 or SARS-related viruses”.

The fact sheet further stated: “The WIV has a published record of conducting “gain-of-function” research to engineer chimeric viruses. But the WIV has not been transparent or consistent about its record of studying viruses most similar to the COVID-19 virus, including “RaTG13,” which it sampled from a cave in Yunnan Province in 2013 after several miners died of SARS-like illness.

“Despite the WIV presenting itself as a civilian institution, the United States has determined that the WIV has collaborated on publications and secret projects with China’s military. The WIV has engaged in classified research, including laboratory animal experiments, on behalf of the Chinese military since at least 2017.”

Chinese authorities have often been accused of trying to control the narrative about the origin of the novel coronavirus by limiting access to information.

In December, the BBC reported that Chinese authorities prevented its team from visiting the laboratory in Wuhan when it attempted to.

Only recently, an investigative team of the World Health Organisation (WHO) was allowed to visit Wuhan after initial delay from the Chinese government.