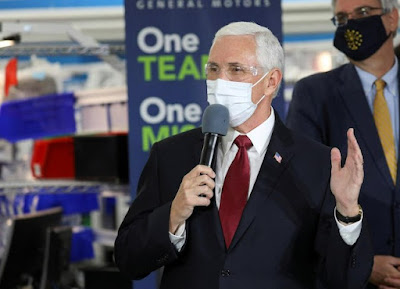 U.S. Vice President Mike Pence said in a letter to House of Representatives Speaker Nancy Pelosi on Tuesday that he is opposed to invoking the 25th Amendment to remove President Donald Trump from office.

“I do not believe that such a course of action is in the best interest of our Nation or consistent with our Constitution,” Pence wrote, on the eve of the plan by the House to vote on Trump impeachment.

“Last week, I did not yield to pressure to exert beyond my constitutional authority to determine the outcome of the election, and I will not now yield to efforts in the House of Representatives to play political games at a time so serious in the life of our nation,” he said.

He said using the 25th Amendment to remove Trump would “set a terrible precedent.”

According to him, the article should only be used in instances where the president is incapacitated or has a disability that prevents them from carrying out the duties of the office.

“I urge you and every member of Congress to avoid actions that would further divide and inflame passions of the moment,” Pence wrote.

“Work with us to lower the temperature and unite our country as we prepare to inaugurate President-elect Joe Biden as the next President of the United States.

“I pledge to you that I will continue to do my part to work in good faith with the incoming administration to ensure an orderly transition of power. So help me God.”

Pelosi’s office did not immediately respond to a request for comment.

The vice president wrote to Pelosi on the eve of a House vote on an article of impeachment against Trump for his role in last Wednesday’s riots at the Capitol, where multiple people died.

Some Republicans have said they will vote in favour of impeaching Trump just one week before his term ends. 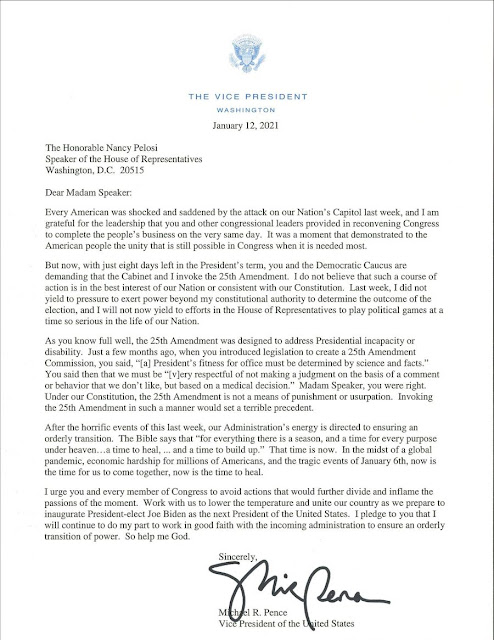