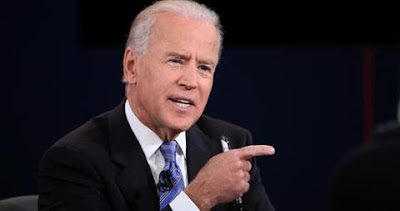 The initiative, which appears certain to fail, flies in the face of rulings in dozens of courts and the findings by officials in several key states that there were no widespread voting problems.

The Republicans’ statement, signed by Cruz and six other current senators along with four senators-elect, asserts that “allegations of fraud and irregularities in the 2020 election exceed any in our lifetimes.”

The group said that when Congress convenes in a joint session on Wednesday — for what normally would be a pro-forma certification of Biden’s victory — they will demand the creation of a special commission to conduct an “emergency 10-day audit” of the election results.

Posting a list of the 11 senators, Trump added: “And after they see the facts, plenty more to come… Our Country will love them for it!”

They join Senator Josh Hawley of Missouri, who said earlier that he planned to raise objections on Wednesday.

A Republican member of the House of Representatives, Louie Gohmert, has also announced his plan to oppose certification, and more than 100 House Republicans reportedly will back his challenge.

Gohmert sought to further raise the stakes with a lawsuit that would have given Vice President Mike Pence — traditionally in a ceremonial role in Wednesday’s session — the power to overturn the election result.

Pence opposed that effort, and a federal judge in Texas on Friday rejected the suit. On Saturday, a federal appeals court upheld that dismissal.

The Hawley and Gohmert challenges will ensure that Congress must meet to hear the complaints.