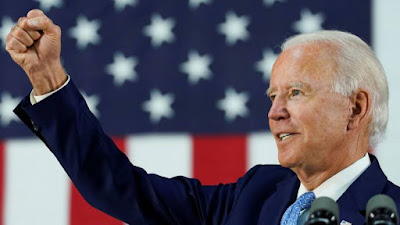 The congress has confirmed Joe Biden as the 46th president of the United States.

Biden’s victory was certified by congress in a joint session presided over by Mike Pence, the US vice-president.

The lawmakers confirmed that he polled 306 electoral votes to defeat incumbent Donald Trump who got 232 votes.

The congress certified Biden’s victory after lawmakers from each state confirmed votes cast by electors for either of the two candidates.

Earlier on, the house of representatives and the senate had separately rejected a Republican objection to electoral votes from Pennsylvania and Arizona, delivering a firm rebuke of efforts to overturn Biden’s victory.

After an electronic ballot to vote on the objection, both chambers agreed that there is no evidence to warrant objecting to the votes as cast by the electors.

The ratification lasted into the early hours of Thursday after a pro-Trump mob stormed the US Capitol to disrupt the process.

The protesters marched to the legislative building after a rally where they were addressed by the US president in his last push to fight the election outcome.

He later told the protesters he “loves” them while Pence condemned the invasion and said they would be prosecuted.

The vice-president earlier resisted pressure from Trump to reject electoral votes, saying the Congress under his leadership is only empowered to ratify the wish of the people.