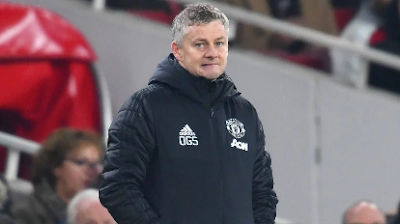 Solskjaer has described Diallo as “one of the most exciting young prospects in the game”, after United finally completed the signing of the winger.

Both clubs agreed a £37 million deal on deadline day, but the 18-year-old remained with Serie A club until last week.

Diallo has now signed a four-and-a-half-year contract with United, with the option of a further season and is now waiting on a work permit.

“As a club, we have followed Amad for a number of years and having watched him myself, I believe he is one of the most exciting young prospects in the game,” Solskjaer told United’s official website.

“Manchester United has such a proud history of developing young players and everything is in place to enable Amad to reach his potential here.

“It will take time for him to adapt but his speed, vision and fantastic dribbling ability will stand him in good stead to make the transition.

“He is a player with all of the raw attributes that are needed to be an important player for Manchester United in the years to come.”

United have said they will confirm Diallo’s shirt number in the coming days.