Southampton vs Liverpool: Why we lost 1-0 in EPL clash – Klopp 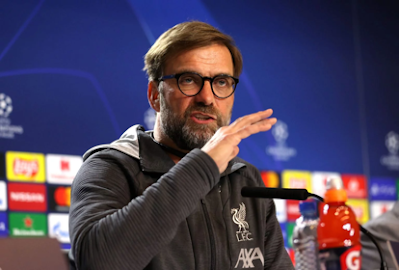 Liverpool boss, Jurgen Klopp, has said that his team was defeated 1-0 against Southampton in the Premier League on Monday night because the Reds had a bad start in the game.

Klopp said that Liverpool played completely into Southampton’s hands and gave the game away to the hosts.

“A big one, to be honest. Very frustrating, just because it’s so unnecessary, but it still happens,” Klopp said at his post-match press conference.

“We had a bad start in the game, we played completely into Southampton’s hands and gave the game away, we’ve to admit now, in the first few minutes because after that we weren’t calm enough to create the opportunities to turn it around.

“The first half was massively influenced by the start, but with the break, it meant we could settle it a little bit.

“Then we were dominant in the right areas, had the moments, but then the decision-making was not that good. The last pass, we missed the last pass.”

Liverpool’s next match is against Aston Villa in the FA Cup third-round tie on Friday.