Sell your NIN at your peril, EFCC warns Nigerians 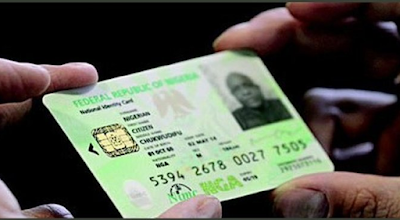 A two-week deadline was initially given, but later, the federal government extended the period for subscribers to link their SIM cards with NIN till January 19, 2021.

The anti-graft agency, in a statement on Thursday, said it learned that some subscribers “are cashing in on the exercise to induce enrollees to sell their NIN for a fee”.

It warned that selling one’s NIN is a criminal act and that anyone found culpable would be prosecuted.

EFCC added that subscribers who sell their NIN risk the chance of being arrested for any crime linked to their NIN “whether or not they are directly responsible for such crimes”.

“As Nigerians struggle to acquire the National Identity Number, NIN, from offices of the National Identity Management Commission, NIMC, across the country it has come to the knowledge of the Economic and Financial Crimes Commission, EFCC, that some unscrupulous persons are cashing in on the exercise to induce enrollees to sell their NIN for a fee. The buyers of the numbers are also trading with them to persons whose motives are anything but noble,” the statement reads.

“The EFCC wishes to alert Nigerians that it is not only illegal to sell their NIN, they stand the risk of vicarious liability for any act of criminality linked to their NIN.

“In other words, they risk arrest and prosecution for any act of criminality linked to their NIN whether or not they are directly responsible for such crimes.”

The commission urged members of the public to report anyone seeking to buy their NIN to the nearest EFCC office or other law enforcement agencies.