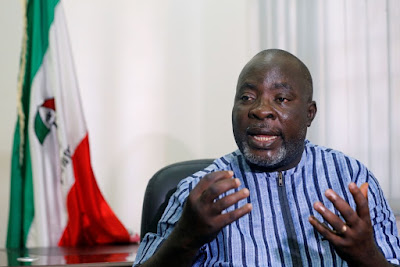 The Peoples Democratic Party (PDP) on Saturday challenged leaders of the All Progressives Congress (APC) to speak out on President Muhammadu Buhari’s “decision” to go back on the campaign promise of restructuring.

PDP said its challenge followed the comment by Senate spokesperson, Senator Ajibola Basiru, who said restructuring as promised by the APC was only a “slogan”.

PDP noted that APC’s inaction on restructuring and declaration by the Buhari presidency that Nigerians should channel their demands to the National Assembly validates the belief that the party only wanted power in 2015.

The opposition said it was disappointing that for almost six years, the Buhari presidency, which has made no concrete effort towards forwarding an executive bill to the legislature, asked Nigerians to carry their burden to the federal lawmakers.

“Our party asserts that beside President Buhari, other bigger culprits of the failure on restructuring are the silent leaders of the APC who, despite promising restructuring, are clandestinely supportive of its huge betrayal.”

Ologbondiyan told the APC to take responsibility for challenges to national unity, having failed to fulfil the promises they made on restructuring such as devolution of power and true federalism.

“We are already aware of plots by certain APC leaders to recourse to condemning President Buhari as being singularly responsible for the failures of his administration and use such a narrative to beguile Nigerians again with another round of fake promises on restructuring.”

The PDP challenged the APC to counter its position and urged President Buhari to immediately formulate an executive bill on restructuring.