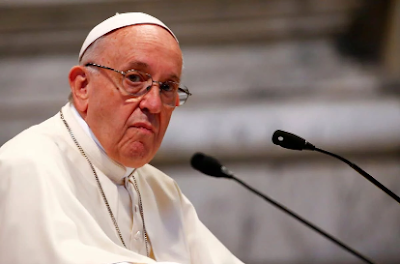 The Pope said this as he prayed on Sunday for those who lost their lives during the siege at the U.S. Capitol.

He extended an affectionate greeting to the people of the United States of America, shaken by the recent dramatic moments.

“I pray for those who lost their lives.”

Recall about five persons lost their lives after Trump’s supporters besieged the US capitol.

The Pope warned that violence is always “self-destructive and nothing is gained with it.

“I was astonished,” by the attack on Capitol Hill because Americans are people so disciplined in democracy.

Pope Francis asked the Virgin Mary, the patroness of the United States, to help “keep alive the culture of encounter” and “the culture of care” so that Americans can “build the common good together.”