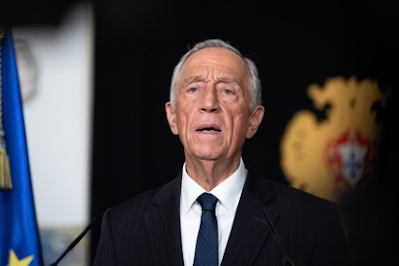 Portugal’s President Marcelo Rebelo de Sousa has tested positive and negative for coronavirus in the past 24 hours.

In a statement on Monday, Sousa’s office announced that he tested positive but has shown no symptoms.

The Portuguese leader informed the President of the Assembly, the Prime Minister and the Minister of Health of his condition.

In an update on Tuesday, the office said the result of the test carried out by the Ricardo Jorge Institute was negative.

“The President of the Republic remains in isolation and today carries out a new test”, it read.

“President of the Republic tests negative again. The test done this morning by the Ricardo Jorge Institute again came back negative.

“The President of the Republic is now awaiting instructions from health authorities”, a statement read.

Sousa is seeking a second term. The election has been slated for January 24.