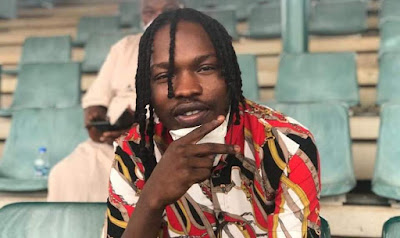 Azeez Fashola, a controversial Nigerian singer better known as Naira Marley, says people should appreciate the effort he puts into ensuring that he doesn’t become a serial killer.

The 26-year-old musician said this in a Tik Tok video of himself shared via his Twitter handle on Sunday evening.

“Like, people need to start appreciating the effort I put into not being a serial killer,” he said in the video.

His comment comes a few days after he claimed that he is always “high” from smoking an ounce of weed daily.

Naira Marley has etched his name in the minds of many music lovers in Nigeria on account of the theme of his songs and his knack for controversies. The musician also boasts of a massive fanbase he refers to as “Marlians”.

The spotlight had beamed on the 27-year-old musician in April 2020 when he was detained with Funke Akindele after the Nollywood actress hosted a house party that he attended, despite Lagos’ lockdown measures at the time.

He was later also convicted and fined N200,000 for flouting the COVID-19 guidelines at an Abuja drive-in concert.

I don’t do drugs I just smoke weed

Naira Marley had become more famous in 2019 over ‘Am I a Yahoo Boy‘, his controversial song on cyber fraud, after which the musician was charged with 11 counts of fraud before a federal high court in Ikoyi, Lagos.