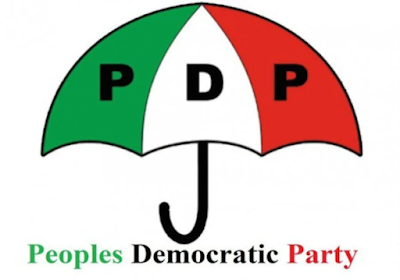 The Ebonyi State Chapter of the Peoples Democratic Party, PDP, has raised the alarm over what it called a deliberate attempt to frustrate the commencement of its appeal before the Enugu Division of the Court of Appeal.

The matter, with suit No HAB/161/2020, involves members of the party in Ebonyi State.

In a complaint letter by the Acting Chairman of the PDP in the State, Elder Fred Udeogu, he said every effort by the party to complete its process of filing an appeal has met with brick wall owing to the alleged gimmick by the Head of Appeal Department of Ebonyi High Court, Mr. Ezinwa Ogudu.

He stated in the letter to the Chief Judge of Ebonyi State that “following ruling on preliminary issues bothering on jurisdiction raised by our counsel, Chief KCO Njamanze, SAN, on the 21st day of December, 2020, we filed notice of appeal and motion for stay of proceeding same day.”

He said arrangements were made by the party to transmit records to the Court of Appeal, Enugu State Division, adding that it equally followed it up by fulfilling all financial requirements to that effect, with the assurance that the record would be transmitted on the 29th December, 2020.

The PDP, however, said “to our surprise, on the 28th day of December, 2020, information began to filter in that Mr. ROU Nweze, the elder brother to Ebonyi State Governor and one of the counsel to the proposed respondents in the appeal had boasted that they would frustrate our appeal and that nobody would proceed or transmit our records until they got interlocutory injunction.

“My Lord, the events that followed after the rumour have gone to confirm the authenticity of the rumour. Thus, ever since Mr. Ezinwa received the balance of money for processing and transmitting the records, he has simply and dramatically turned to constitute a cog in the wheel of the process of transmitting the records. He has now abandoned the already processed records and switched off all his mobile lines.

“My Lord, you may wish to know that our oppressors claim you are aware and in support of whatever they are doing.”

The implored the Chief Judge to use prevail on Ezinwa to transmit the records between the 6th and the 7th day of January, 2020, stressing that if that failed to happen “we shall be compelled to make report to the appropriate quarters.”