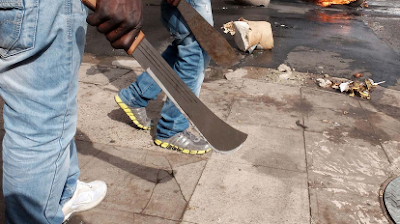 Three persons have been feared killed in a fresh attack at the ongoing communal crisis between Uko-nteghe Uda and Uko Akpan Enwang communities in Mbo Local Government Area of Akwa Ibom State. Report says of the three, one of them was beheaded.

This has continued to increase the number of those killed in the warring communities.

The incident, it was gathered happened in the early hours of Thursday and the situation has become dangerous and has made so many people to flee their homes.

According to a source close to the communities who pleaded anonymity, ”the situation in Mbo Local Government Area is still very scary as we speak. Many have fled their homes to seek protective cover elsewhere. This morning there was an attack and two people were killed and one beheaded.”

However, the Police Public Relations officer, Odiko Macdon, said the command can only confirm two casualties.

He called on political stakeholders to intervene in the matter to bring the crisis to an end.

“So far, we have confirmed two casualties, our officers and men are still on ground to restore normalcy to the communities. We call on the political class and other critical stakeholders to intervene too.

“All parties must as a matter of urgency and for the good of the inhabitants and the State at large, sheathe their swords and give peace a chance to prevail.

“The commissioner of police, Andrew Amiengheme, has deployed more men, and we will continue to dominate the affected space until normalcy is fully restored.”