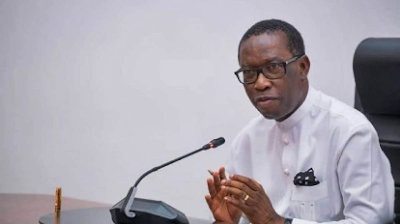 The Delta State Governor, Arthur Ifeanyi Okowa, has ordered an immediate investigation into the death of a woman and her baby.

The woman, who is yet-to-be identified alongside her baby were in a commercial tricycle that was allegedly crushed by policemen chasing suspected internet fraudsters in Ebrumede community Wednesday.

Okowa in a statement signed by Mr. Olisa Ifejika, his Chief Press Secretary, decried the incident just as he charged the Political authorities in the State to commence “urgent” an “accelerated” into the circumstances surrounding the deaths of the woman and her baby.

Governor Okowa condoled with the deceased family on the loss of their loved ones just as he assured that everyone involved in the dastardly act that led to the incident would be brought to justice.

He called on Deltans especially the people of Warri to remain calm and law-abiding and allow law enforcement agencies to take necessary steps to address the situation.

Governor Okowa also charged the police to ensure that law and order prevailed in the area.