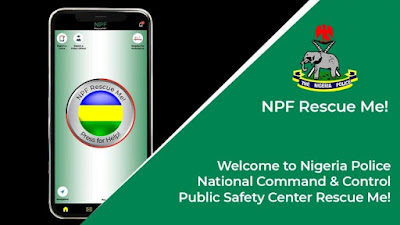 The Nigerian Police has deployed technology towards handling insecurity in the country with the launch of its “Rescue Me app.”

The app would aid the timely arrival of police officers to crime scene anywhere in the country.

The Police CP said the application would improve the response time of police officers to emergency situations in real-time as the application uses internet services and is global position satellite (GPS)-based.

The app is easy to use.

The commissioner explained stating that users only have to press the “help button” and the distress button will promptly offer for selection an incident icon.

Users are also to select an estimated number of victims to ease the decision-making and preparedness of the rescue team, the commissioner added.

Afterward, the camera and microphone of the smartphone are activated for the collection of evidence as the emergency would immediately be sent successfully to the police control room.

The police CP said it could also be used to report unprofessional conduct of police officers.